Politics and law in Scarbantia 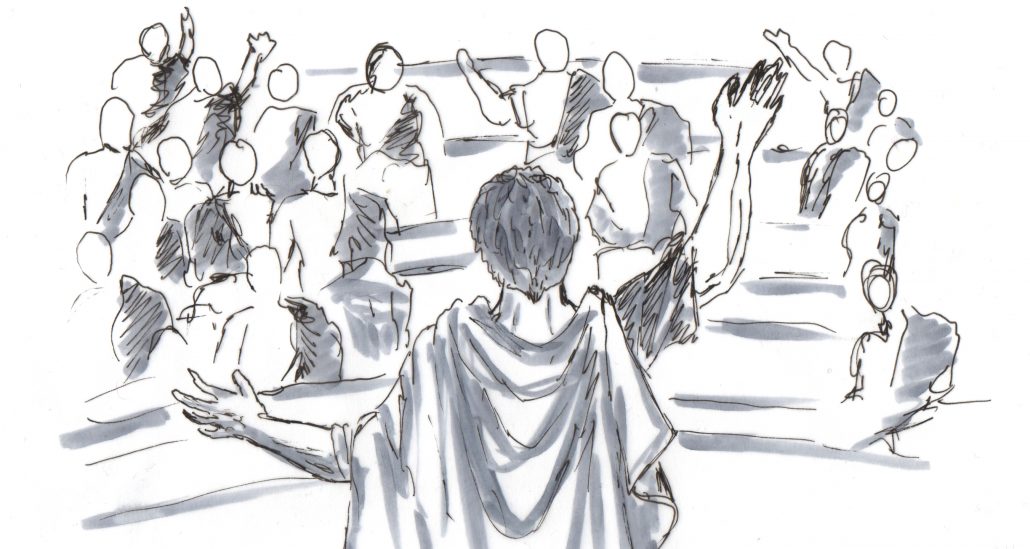 After Scarbantia had been declared a Municipium Flavium Scarbantia (i.e. a city according to Italic law) by Emperor Domitian during the first century AD, Roman administrative bodies were quickly established and recorded in the lex municipalis (the city law). They resemble the Roman capital’s model in many ways, albeit in a simplified version.

A variety of official functions can be found within the city. In order to be eligible for office, one has to be free-born, above a certain minimum age and in possession of a penis. In Scarbantia, the magistrates are not elected in the comitia (general assembly), but appointed by the ordo decuriones (city council) for a term of one year at a time.

Two duumviri iure dicundo at the top of the administration are responsible for jurisdiction, taxation, the liberation of slaves and the lease of public sources of revenue. They also preside over the ordo decuriones, all of which makes them de facto mayors. They are being supported by their staff, consisting of a scriba (scribe), a preaco (herold) and several lictores (bodyguards).

Subordinated are two aediles, concerned with lower legal powers (which can always be vetoed by a duumvir) and the supervision of the markets, weights and general trade. Furthermore, they inspect the local cookshops and thermae.

A questor as lowest of the magistrates is overseeing the city’s finances and serves as a general assistant to the duumviri.

For hundreds of years, the bestowal of Roman citizenship and prestige alone were enough motivation for many to seek office. However, ever since Emperor Caracalla in 212 AD granted citizenship to nearly all freemen throughout the Roman Empire, an office is often seen as a burden and decuriones sometimes even need to be forced into their noble posts. 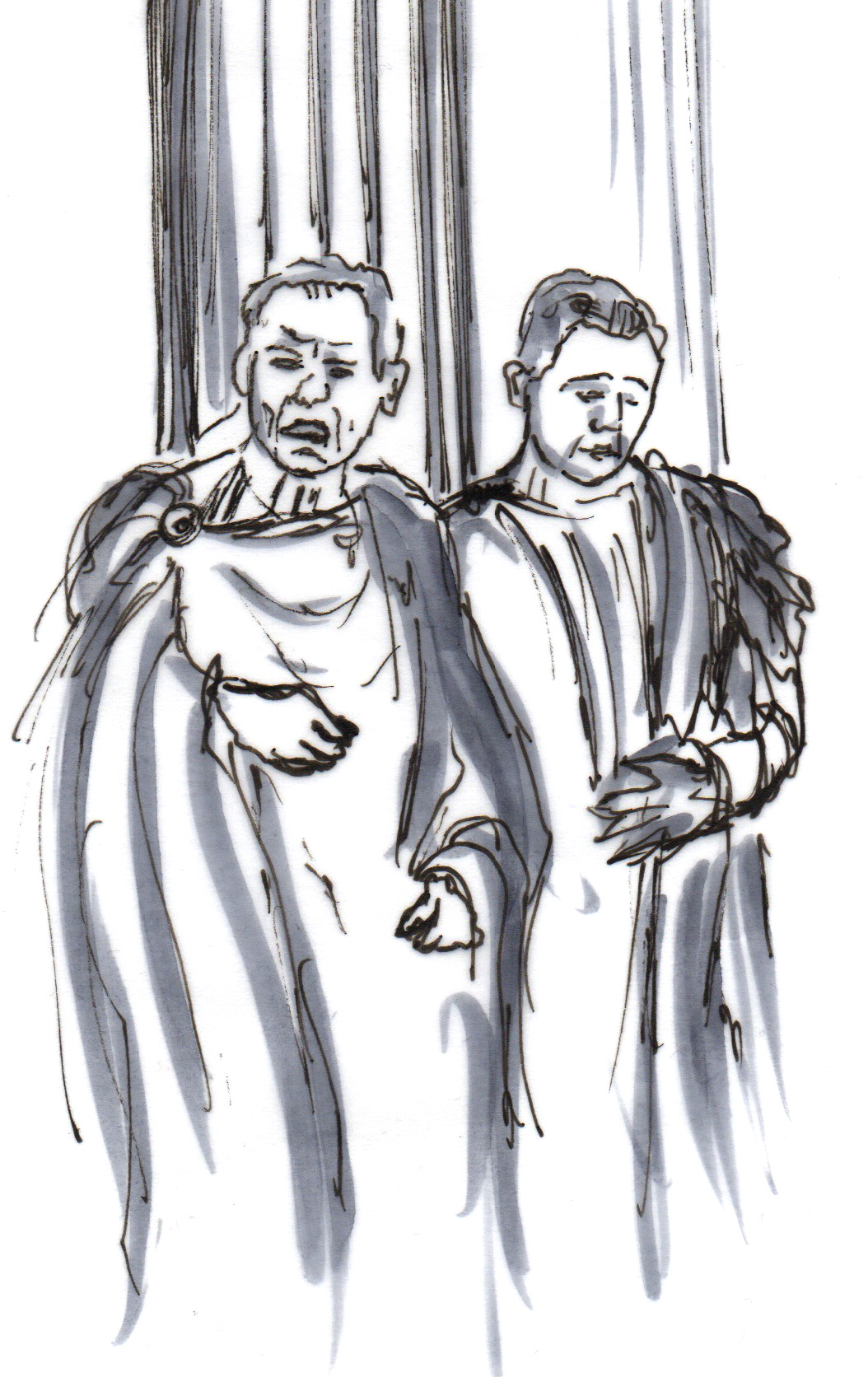 The ordo decurionum, composed of old provincial nobility, is a vital governing body. Membership is hereditary, yet unpopular, because there is little to gain and much to spend. Strict rules regulate appropriate reasons for absence during scheduled assemblies. The ordo represents the city in formal dealings with proconsul and emperor, appoints the magistrates for the upcoming year and observes their actions.

Many rich members of the council have already left the city with all their money in order to avoid the tax burden. This has thinned out the ranks of the ordo decurionum, as the wealthiest citizens are no longer active members.

The comitia is the assembly of Scarbantia’s citizens, which includes all male, free inhabitants of the city. In Scarbantia, however, it serves no official purpose, neither electing officials nor enacting laws. Occasionally, the general assembly convenes for public sacrifices or the publication of newly enacted laws. It is obligatory wearing a toga when being part of a comitia.

In its essence, the Roman Empire is a constitutional state with a comprehensive system of laws and provisions. The magistrates are mainly concerned with their duties as judges, since jurisdiction is understood as the main purpose of the depleted administrative body.

There are no state attorneys or prosecutors who would bring a charge to court. Instead, it is each citizen’s own duty and privilege to bring charges to a judge (duumvir or aedile).

At court, one can either speak for himself or let an attorney do the work, who will try to eloquently convince judge and audience within a given period of time. Naturally, public sessions frequently get out of hand when an electrified crowd vocally argues for one side or the other!

Slaves may not call upon a court themselves and only testify under torture. Usually, court sessions are held before noon.

Roman law doesn’t contain prison sentences except for short detention in urgent situations. Instead, monetary fines are the norm. Executions are reserved for serious crimes like murder, high treason or refusal to sacrifice for the emperor’s wellbeing. In these cases, citizens are nobly put to the sword while foreigners and slaves are hung to a cross or slaughtered in the arena.