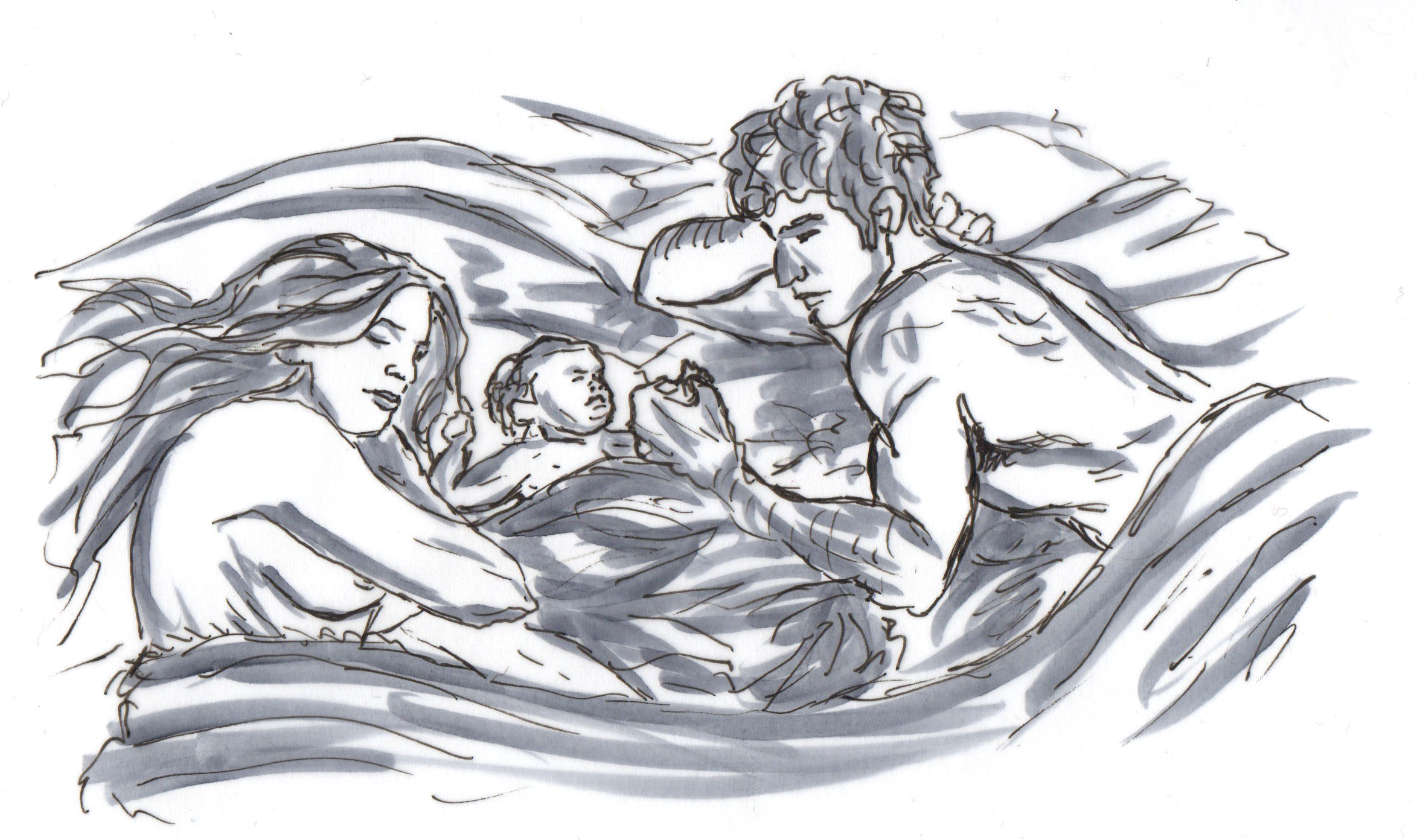 Sexuality is not taboo within the Roman Empire. Even though heterosexual relationships are the norm, the Greek influence on Roman society means that homosexual sex is tolerated, even if same-sex marriage is not an option.. The topic is handled openly, and one may frequently come across walls which have been decorated with explicit drawings, as well as people who candidly wear fertility talismans.

Men who seek sexual satisfaction outside of marriage may visit prostitutes of both genders. Women, on the other hand, are not officially allowed to have sexual relations with anyone other than their husbands, except as part of a concubinage  – which naturally does not mean that they do not secretly engage in any number of affairs.

Marriage and family are held sacred by the Romans. The main purpose of marriage is the production of legitimate children, who might continue their father‘s legacy, or serve the empire as legionnaires. Political motivations are often equally important, as children might be used to strengthen alliances with other families, even within lower ranks of the social order.

The act of marriage is a private one without any religious connotations, and it often resembles the formal conclusion of a contract. A newly wed woman either becomes her new husband’s ward, or remains under her father‘s guardianship. The latter option comes with the benefit that her fortune largely remains at her disposal, whereas her husband receives full control over the dowry if she is declared his ward.

Married women are well respected within the empire. They are usually less sheltered than unmarried women, and frequently have the power to make and implement their own decisions, and do not need to seek their husband‘s approval first.
Additionally, they are valued guests at banquets and feasts, and are allowed to visit the theatre, the arena and the public bath. They also have the possibility to engage in arts and science, and are thus able to attain high levels of education.

Marriages between slaves (or slaves and freedmen/-women) are not legally binding. Any such union needs to be approved by the slave’s master, who also has the power to break up couples at any time. The children of slaves are therefore not officially related to their parents.

Men and women alike have the right to file for divorce. This is a surprisingly common occurrence, but according to Roman society the ideal woman only marries once, and was a virgin before her wedding.   To carry out a divorce, one only has to utter the phrase „I foras“ – „Leave my house“ – in front of witnesses. In a case of divorce, children stay within the house and family of the father.

Men may remarry immediately after the deaths of their wives, whereas women have to wait for a period of twelve months in order to avoid any uncertainties regarding the identity of the father in case there are any unborn children (Mater semper certa est).

The concubinage is a consensual relationship between a Roman citizen and a foreigner, who are not permitted to marry officially. The only requirement is that both participants are of age. A dowry is not needed in this context.

The principal purpose of sexual intercourse within a marriage is the production of offspring. However, there are several other options available for Romans seeking additional satisfaction: One might either visit a prostitute, or one might abuse one‘s slaves. Sexual intercourse with slaves is not only accepted, but even encouraged by writers such as Petronius or Horaz – it is not scandalous in any way. There is, of course, no legal protection for slaves – only for their masters.

Prostitution is a very common trade, even in Scarbantia. Sexual practices and preferences that the wife can’t (or won’t) satisfy are seen to by professionals, be it in brothels, on the street or wherever else is convenient at the time.
Prostitutes are exempt from penalties for adultery. However, as the sexual satisfaction of women is regarded as unimportant in the patriarchal roman society, women who are worried about their reputation may only visit prostitutes in secret.

Men and women alike can openly work as prostitutes, although almost all of their customers are men. Some prostitutes are freed men or women, and work independently out of brothels or based in their own little rooms. However, the majority of them are slaves. One recognizes prostitutes by their insinuating clothes, their overdone makeup and/or their excessive use of perfumes. Prices for intercourse are usually very low, enabling even poor citizens and slaves to engage the services regularly.

Fathers who force their daughters into prostitution automatically lose their wardenship over them.
Prostitution is taxed consequently and the levy always equates to half of the income.

Homosexuality does not correlate with the social Roman norm. Pederasty, as practiced by the greeks, is tolerated, but ethically despised, when performed with male slaves of one’s own household. Tolerated and still legal, if quite scandalous, are homosexual relations with adult slaves.

However, passive sexual behavior by Roman citizens is unacceptable, as it contradicts the socially postulated primacy of virility (the dominance of the man). Sexual relationships between free Roman citizens are legally classified as fornication, and may be fined. Nevertheless, tolerance for same-sex-love is comparatively high. Several Roman emperors had male lovers, without ever even being criticised for it. Additionally, Greek culture and morals are still well regarded.

The patriarch of a Roman family will naturally order his dependents to engage in official marriages with members of the opposite sex, regardless of their sexual orientation.Homosexual relations might be tolerated in the context of sexual adventures and exploration, but they are not intended as a replacement for a marriage which might produce offspring.