Just as all other aspects of live roleplaying games, successful master/slave play is mainly about cooperation. Abusing one’s position of power when playing a slave owner is just as inappropriate as overt rebellion, or the complete rejection of one’s duties as a slave player. The portrayal of the relationship between masters and their slaves requires considerable trust and sensitivity from both players. In this context it is especially important to assess how far one can take particular scenes and dynamics, making communication even before the game absolutely essential. What would make the other party uncomfortable? What would not? The following three approaches have shown themselves to be useful starting points to facilitate successful, more enjoyable play: 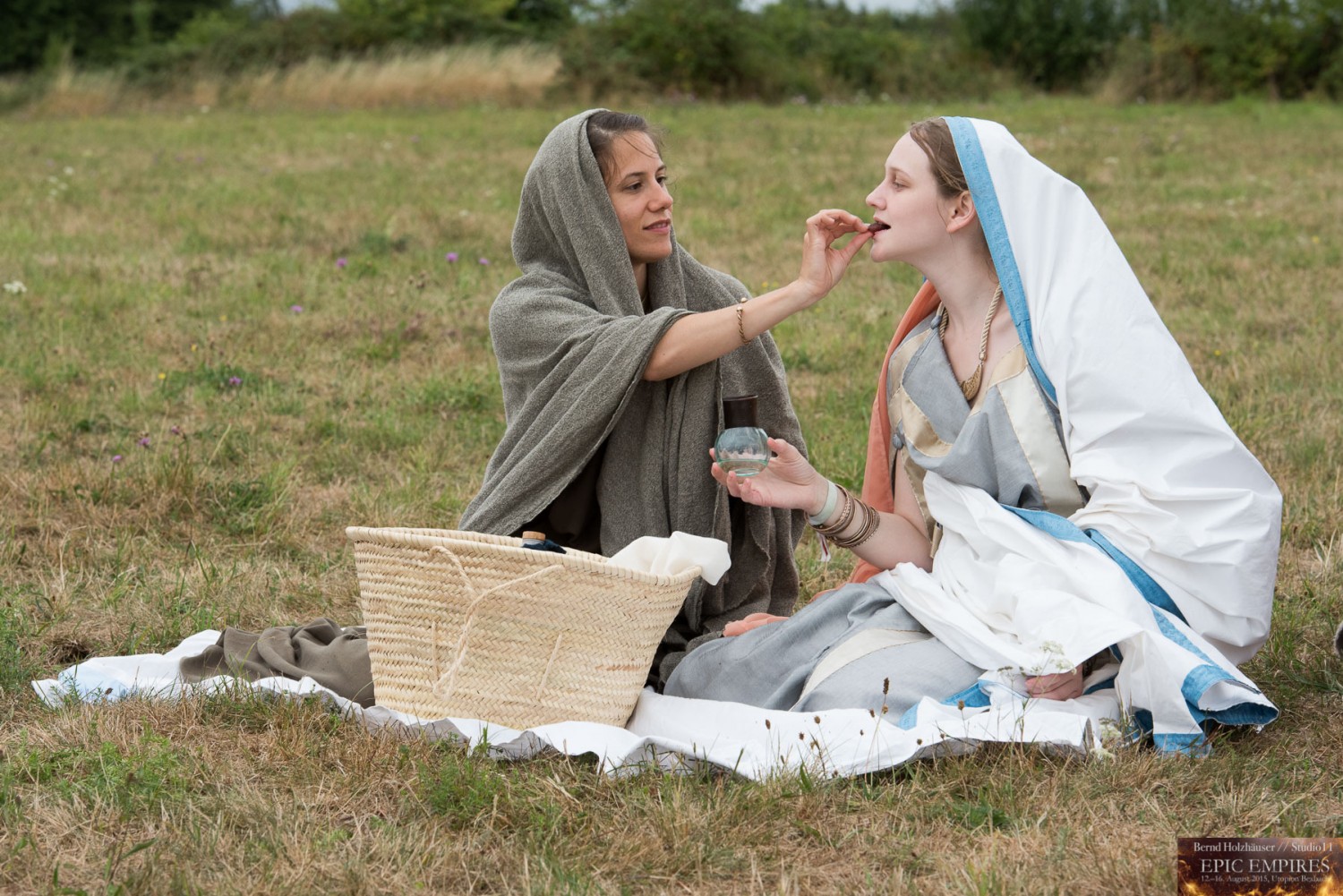 The portrayal of owners and masters comes with a huge amount of out-of-game responsibility   regarding the enjoyment slave/servant players will be able to derive from the game. The in-game authority of owner-characters over their slaves means that the former have considerable influence over the kind of experience the latter will have, to the point where an owner’s orders/instructions have the potential to completely shape and control the game of their slave. Conversely, players of slaves or servants may never exert the same amount of power over their masters based on the place their characters occupy within society. Thus the slave’s enjoyment of the game is tied directly to the the actions of their masters.

The bulk of responsibility for the enjoyment for both parties consequently lies with the masters. That is not to say that players of slave characters are not at all accountable, but they are less likely going to be able to directly influence others through their actions. This is why players who chose to portray characters who hold dominion over others should always remember that their slave’s/servant’s enjoyment of the game partially depends on them and their actions.

Slaves want to be oppressed

To play a character who is downtrodden, such as a slave or servant, one needs a character who exerts legitimate pressure in the game. Conversely, to effectively play someone who victimises or suppressed others, one needs players willing to portray characters who are being victimised.

For example, the first and perhaps most obvious way to indicate the suppression of others would be the omission of modern-day niceties in the interaction with others. One does not ask a slave to please do something, one commands them. Likewise, one would not thank them for their services. Although this might seem like a very small thing initially, if used effectively it has the potential to greatly contribute to the game and to enhance the intended ambience. However, it is essential to ensure that both players are aware that this kind of interaction is strictly in-character to avoid making the slave-player feel like they are being legitimately exploited. Conversely, according to our experience from previous games it will mostly be owner-characters who will struggle to repeatedly omit the well-deserved “thank you”. To make things somewhat easier for both parties, previously agreed upon code words have proven to be a useful alternative. To just name two examples:

Such code words can naturally be used on a much more abstract level. Even if there was an agreement prior to the game, it is likely that one will encounter situations in which it is not entirely apparent if one of the players is taking things too far – or not taking them far enough, as it were. As such ambiguities lead to out-of-game questions which might disrupt the game, the following phrases have been established to serve as in-game alternatives:

In private the relationship between master and slave can certainly be a little more familiar, but in public it is important to keep up appearances and to play into social expectations. 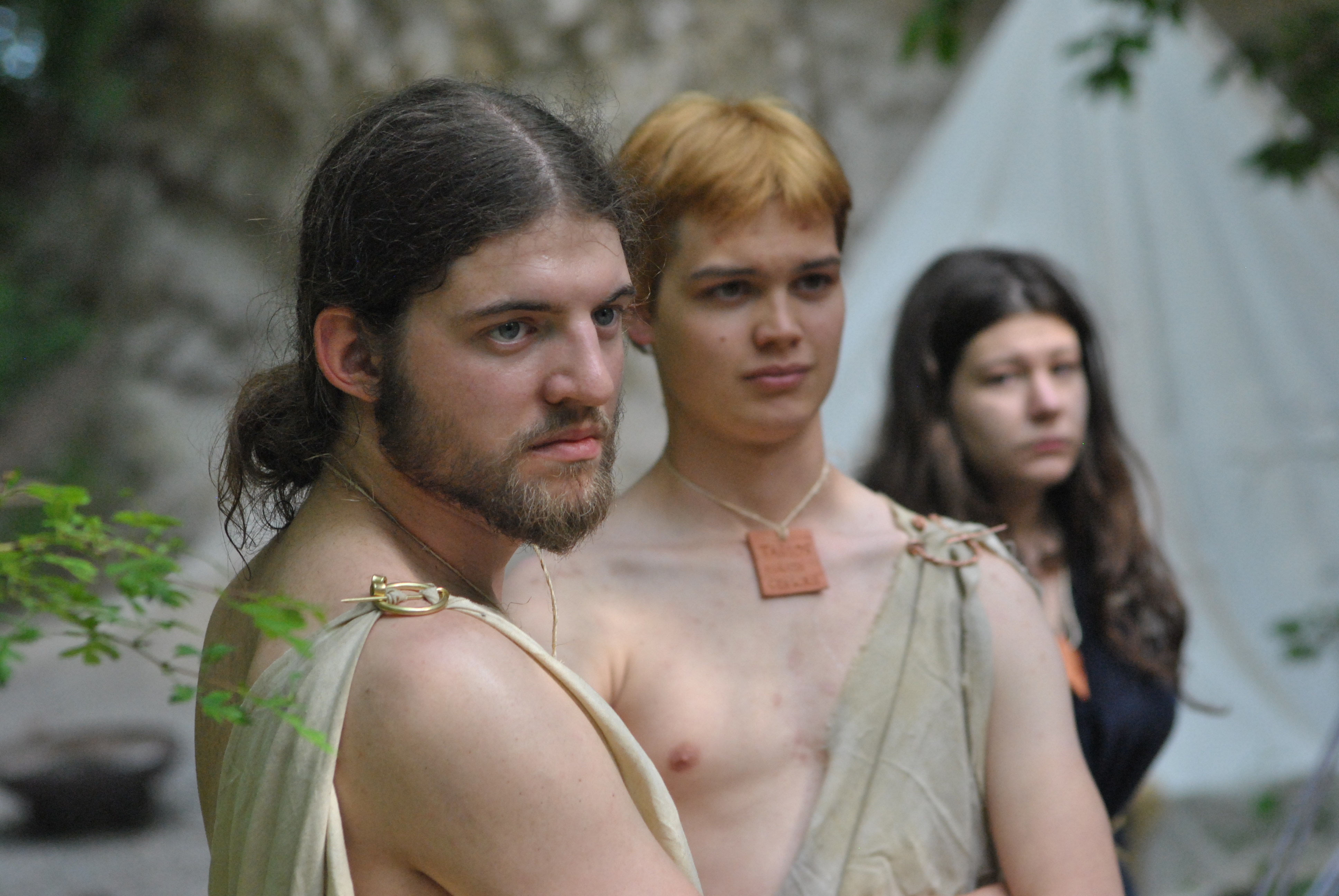 Although standing around and looking pretty for the benefit of one’s owner can certainly play a part in the portrayal of a slave character, that sort of thing is likely to quickly grow tedious for the slave-player. Variety is great – but clearly defined tasks are even better. The following approaches can serve as a solid starting point:

If the intent is to portray a certain sense of decadence, one should not simply use slaves for decorative purposes, but encourage them to shine alongside their masters. For instance, allowing your slave to feed you grapes can be the highlight of a scene. Non-verbal communication remains very important in such circumstances, as is remembering that one’s slaves might also want to eat or drink something on occasion. It might, for example, be a good idea to hand over one’s cup one too many times (to free one’s hands for very important purposes, naturally) in order to allow them to steal a discreet sip themselves. And if it seems like a certain conversation might take a while yet, and the slave is likely to get bored, one can always come up with an excuse to send them away to attend to other matters.

It is, in this context, once again important to communicate and define working conditions and tasks to be completed (serving breakfast, refilling the wine, etc.) before the start of the game. These (partially out-of-game) tasks are part of playing a slave, and can both be fun and be a great addition to the overall game experience. However, too much of this kind of work may quickly become frustrating for the slave player, hence the owner needs to take care not to assign more jobs than previously agreed upon.

One especially important point to address is the lending of slave characters to other people. This should generally be avoided, unless all parties can be reasonably certain that they are on the same wavelength regarding the three points mentioned above. A good excuse not to let someone else borrow one’s slave is, of course, how essential they are to the own household. “But who is going to clean my sandals?”

One should never delegate out-of-game tasks that are not visibly part of the game to one’s slave players. It might not suit your character to do your own dishes, but keep in mind that your meal was most likely prepared, served and fed to you by your slave player, so offering to do their dishes as well could be a nice gesture to compensate them for the work they are doing for you.

Slaves act in the name of their masters, effectively serving as an extension of them which also carries part of their authority. This transfer of power is something slave players need to be aware of, as it can be a useful tool to craft interesting and enjoyable scenes for everyone.

It is also appropriate for slave owners to allow their charges to have some leeway. Micromanaging effectively renders the servantry obsolete (what do you even have them for if you want to do everything yourself?), and thus makes it very easy for them to grow bored. More freedom allows slaves to keep themselves busy and develop their own plots and relationships, which in turn takes some of the responsibility to keep them entertained of your shoulders. But be careful: Don’t give them too much free rein!

If there are several slaves working within the same household, it can also be useful to establish a hierarchy among them. This places the highest ranking slave in a position of power not unlike that of the master, which means they now have the same responsibility towards their charges. 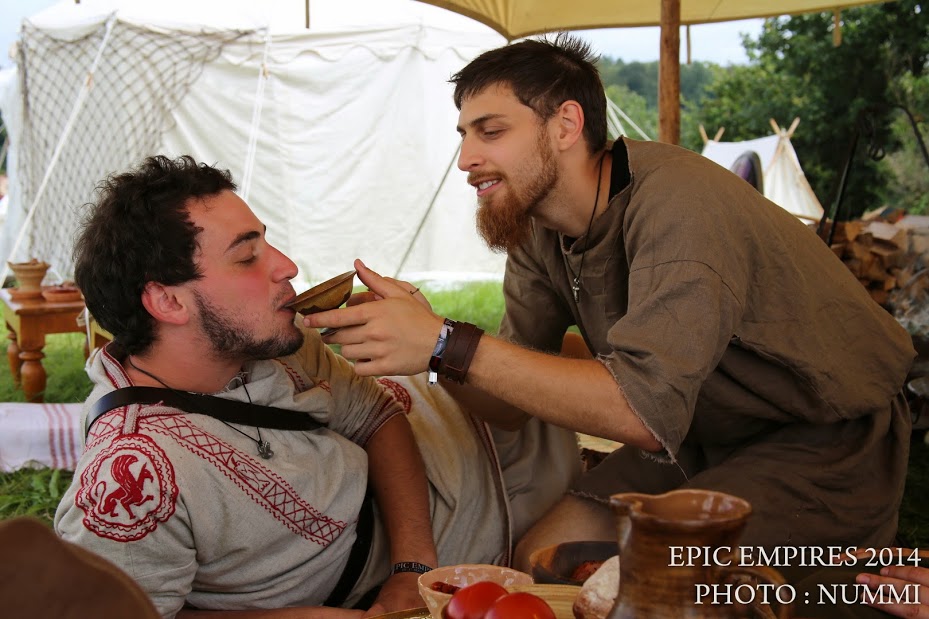 The relationship between master and slave characters

In an antique setting, slaves are omnipresent and take on a very special and somewhat central role within society. They can occupy both the very lowest, and some of the highest positions. It is even possible that a fairly important magistrate is a slave who, acting on his master’s behalf, is able to wield considerable power over free citizens.

Domestic slaves can certainly achieve a degree of familiarity with their owners. They are frequently considered a part of the family, and may have a significant amount of insight into their master’s private lives. Young men often have their first sexual encounters with slaves, and personal slaves are generally so close to their masters that they are compelled to form a close, trusting relationship with them. Since they have likely known their owner for most of their lives, they should know them better than most anyone else. Such slaves can serve as advisors, lovers and friends, which means they have the power to influence their masters and are likely to be trusted with particularly vital tasks. The loss of such a slave would not be unlike losing a limb.

Slaves are everywhere, which makes it all too easy to simply ignore or even  forget their presence while important matters are being discussed. This naturally means that slaves tend to know all the best gossip.

For a closer look at the omnipresence of slaves and their role within society we recommend the television programmes Rome (at least somewhat historically accurate) and Spartacus: Blood and Sand (not particularly accurate, but delightfully clichéd).

These guidelines are based on the experiences and perspectives of several players who portrayed master and/or slave characters during previous games. The above examples have established themselves as a useful starting point. Mutual out-of-game trust is the most fundamentally important component in the successful portrayal of master/slave relationships.

This guide concerns itself with the portrayal of slaves and slave-owners in the context of live role playing games. Its principal purpose is to enable players to avoid the classic “servantry problem”, in which the enjoyment slave or servant players derive from a game is perceived to be secondary to that of master/owner players. This attitude and approach to slave-characters is to be actively avoided. While this guide is far from exhaustive or absolute, it can provide a number of constructive methods intended to improve the experience for everyone involved.