When Stalin died in 1953, a vicious power struggle ensued amongst members of the Soviet Union’s Central Committee. Participants get to relive these troubled days in the satire larp “The Death of Stalin”, written by Robin Gleeson, who was himself inspired by the black-comedy film “The Death of Stalin” (2017). 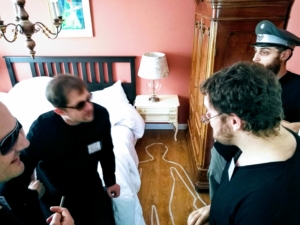 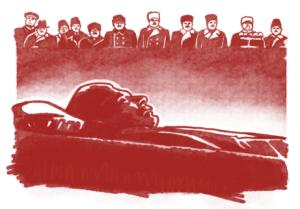 Every decision of the Central Committee has to be carried unanimously.
You can vote as often and on anything you want, but each scene will end with a specific vote.

This game mechanic has a sense of authenticity to it. Factionalism, as it was called, was frowned upon in the Communist Party. One needed to appear strong and united to the outside world. And if you found your position isolated, it was usually best to just vote with the crowd, even against your own best interests, rather than fight a hopeless battle without any allies – for standing out as an unruly, factionalist antagonist would only damage your career opportunities in Stalinist Russia – and in the Central Committee.